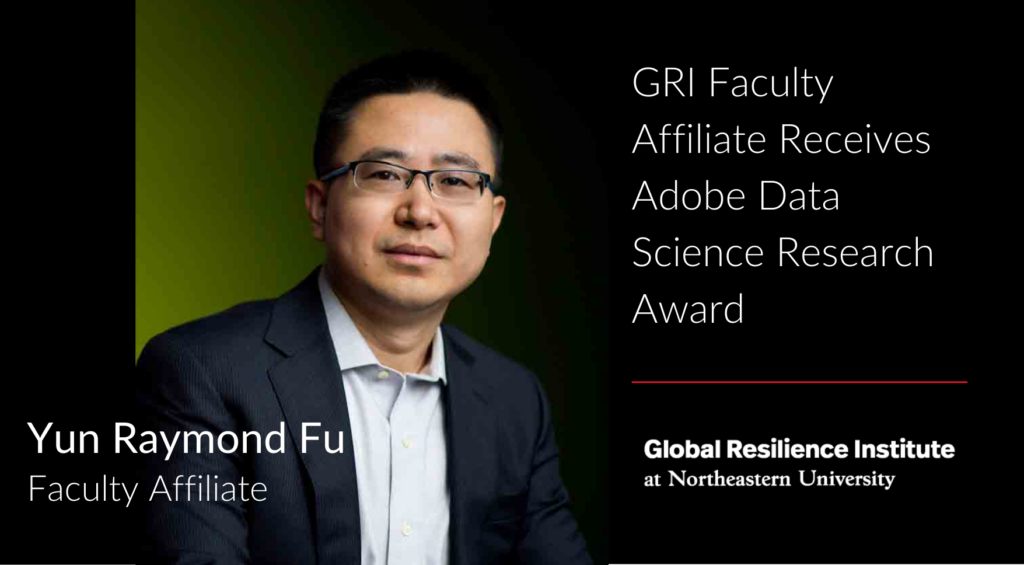 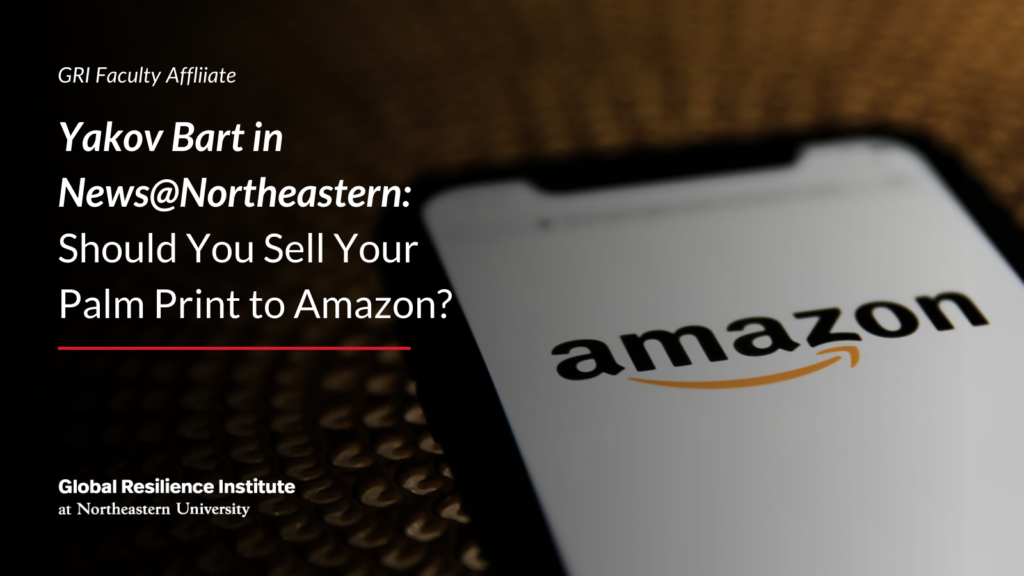 Yakov Bart in News@Northeastern: Should You Sell Your Palm Print to Amazon? 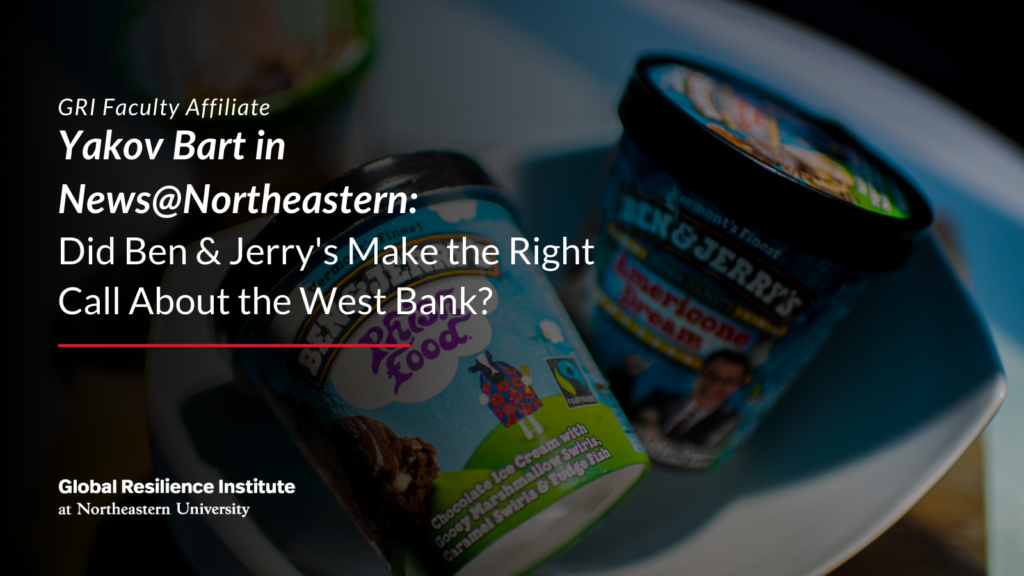 Yakov Bart in News@Northeastern: Did Ben & Jerry’s Make the Right Call About the West Bank?

...Ben & Jerry’s—famous for its unique ice cream flavors as well as its outspokenness on social issues—waded into its most… 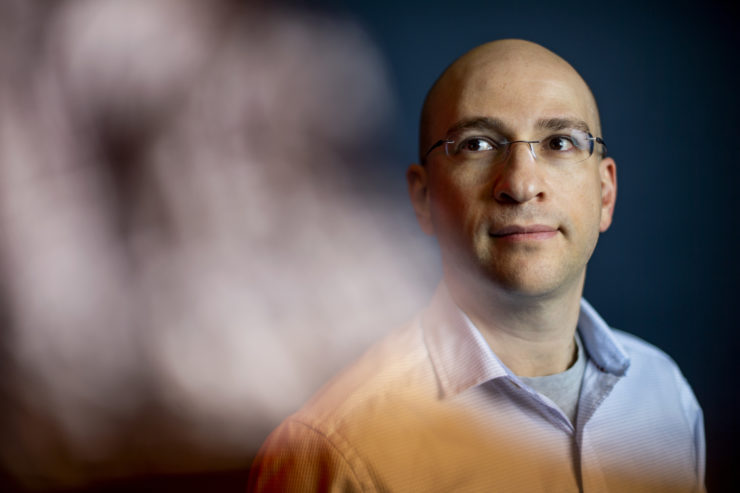 Yakov Bart Featured in News@Northeastern: It’s Cuddles – Not Controversy – For Many Super Bowl Advertisers This Year

Businesses shelling out for ads during Super Bowl LV will likely avoid the controversial content designed  to generate branding buzz,… 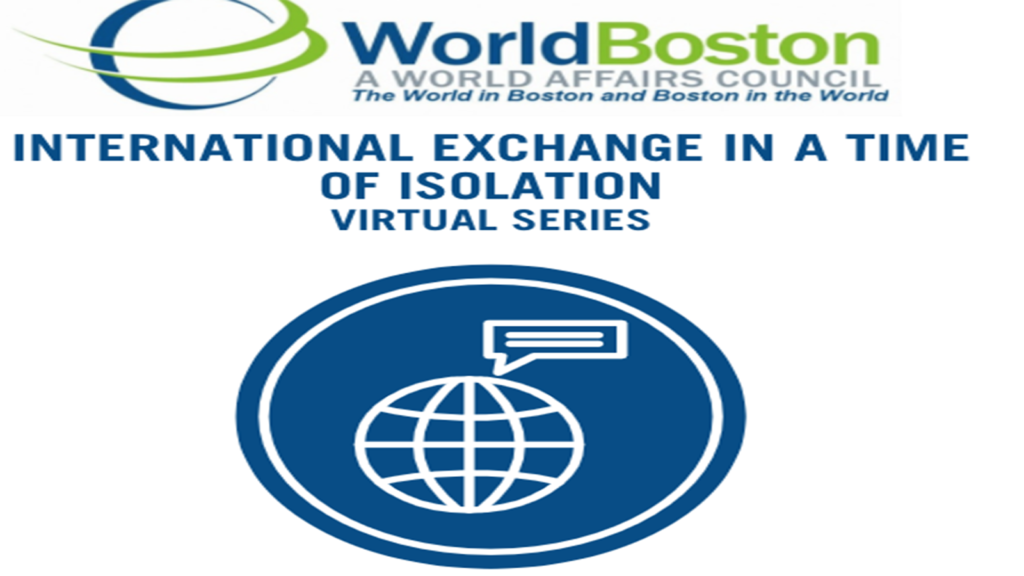 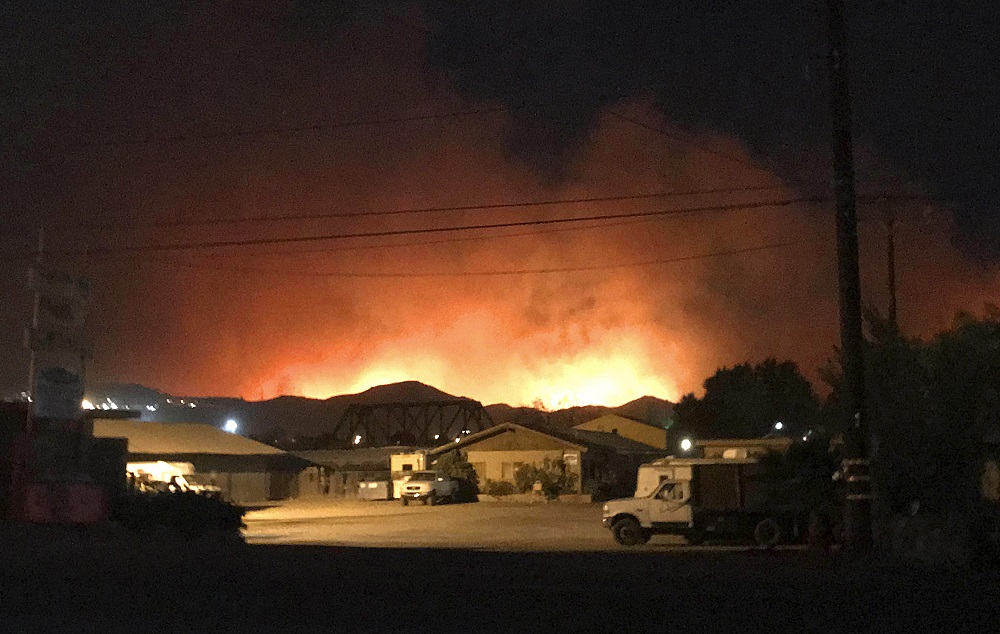 On September 20, 2017, Hurricane Maria devastated the U.S. island of Puerto Rico. Recovery has been slow and limited in the months since, and thousands of customers remain without power. Through the worst of Maria’s aftermath, however, volunteers swarmed the island to provide what comforts they could to the island’s residents. World Central Kitchen (WCK), an non-profit that uses “the power of food to empower communities and strengthen economies”, quickly set up its kitchens to provide meals for those affected by the hurricane. According to the organization’s website, 19,000 volunteers provided 3.4 million meals across the island. Although much of Puerto Rico is returned to a certain sense of normalcy, WCK has continued to invest its efforts in the local economy, awarding grants to local food truck owners, chefs, and agriculture. 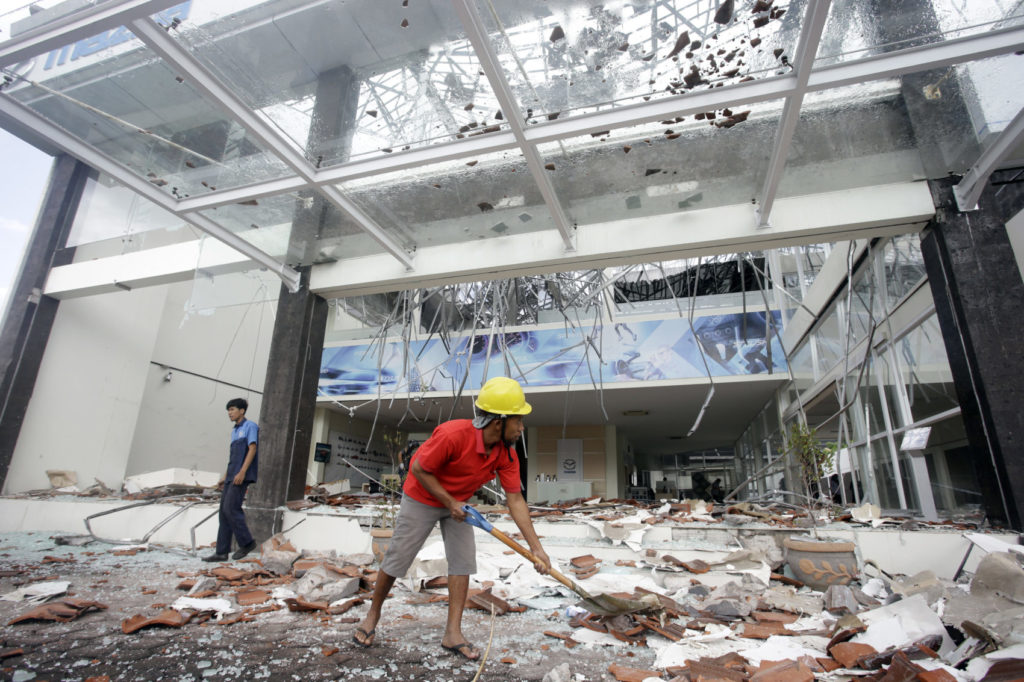 Last month, the World Bank Group launched its Action Plan on Climate Change Adaptation and Resilience. Under the plan, the international coalition will more than double its current financial support for climate adaptation to $50 billion between June 30, 2021 and July 1, 2025. 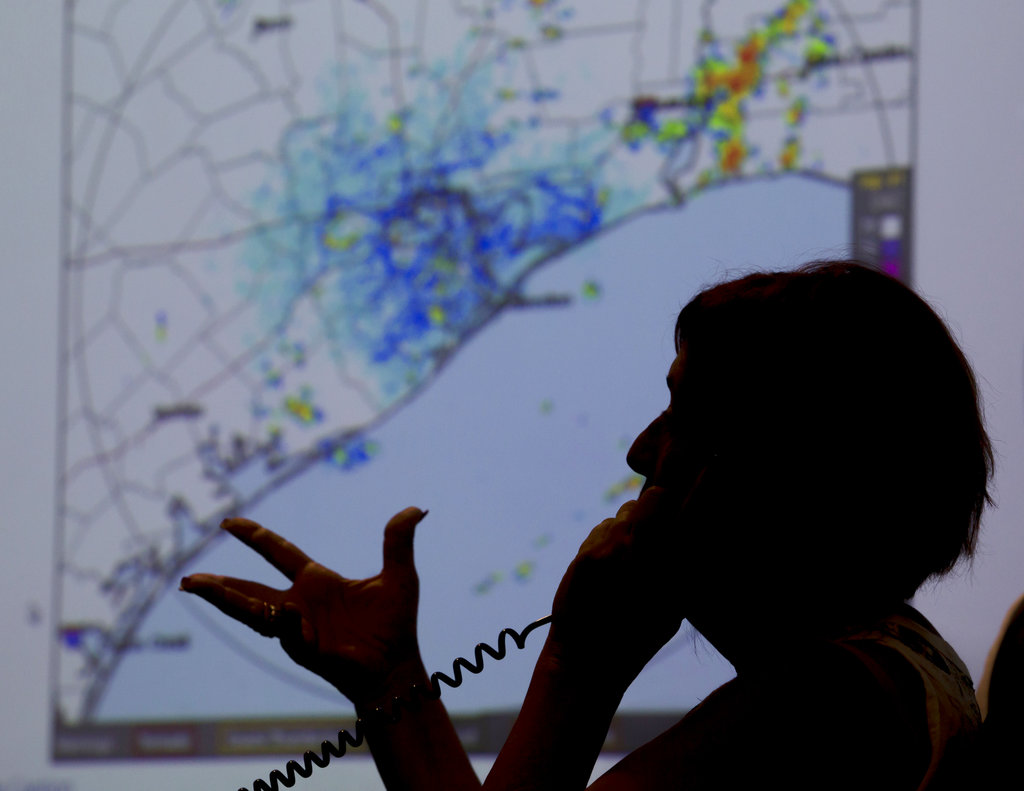 Hurricane Harvey intensified as it steered toward the Texas coast on Friday, with forecasters saying it had strengthened to a Category 2 storm with the potential to swamp communities more than 100 miles (161 kilometers) inland. The slow-moving hurricane could be the fiercest such storm to hit the United States in almost a dozen years. Forecasters labeled Harvey a "life-threatening storm" that posed a "grave risk" as millions of people braced for a prolonged battering. The storm has the potential to produce winds hitting 125 mph (201 kph) and storm surges of 12 feet (4 meters). 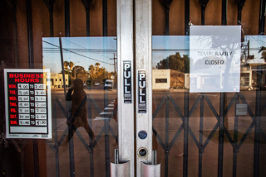 With States Halting their Re-Opening Plans, How is Resilience Being Put to the Test?

It’s no secret that life as we knew it has changed and may never return to what it once was. As places began to reopen to bring people back to their earlier routines, COVID-19 continued to remain prominent in our daily lives – causing a reoccurrence of disruption and panic.

At the invitation of Facebook’s Head of Global Resiliency Gil Grein, Global Resilience Institute (GRI) Founding Director Dr. Stephen Flynn and Sr. Research Scientist Rob Knake visited Facebook's Global Offices in Menlo Park. Grein leads Facebook's global resiliency efforts, which he began establishing at the company in 2014. Among the programs that he oversees are; Strategic Emergency Management, Global Crisis Management, Global Business Continuity, Data Centers Resiliency, Executive Resiliency, Resiliency Operations and Logistics, and Workplace Violence Management. The April 16 visit included a briefing on Facebook’s new tools for supporting individuals and communities in managing crises. These include the “Safety Check” feature for individuals near an incident such as an earthquake, a hurricane, or shooting, to let their friends and family know they are safe; the “Community Help API” which gives disaster response organizations access to Community Help data, offering important information about the needs of people affected by crises so that they can respond; and a “Blood Donations” app that helps to connect requests for blood donations of a certain type in a certain location with nearby donors that qualify.

Though "lone-wolf" attacks are "almost impossible to prevent," Global Resilience Institute (GRI) Director Stephen Flynn stressed the importance of a swift and efficient response in an interview with WNYC on Monday afternoon. "I think there's some reassurance that we can take from this incident, in terms of the speed at which the police were able to isolate what had happened, and isolate as well the parts of the system that need to be shut down while keeping the rest of the system going," Flynn said. 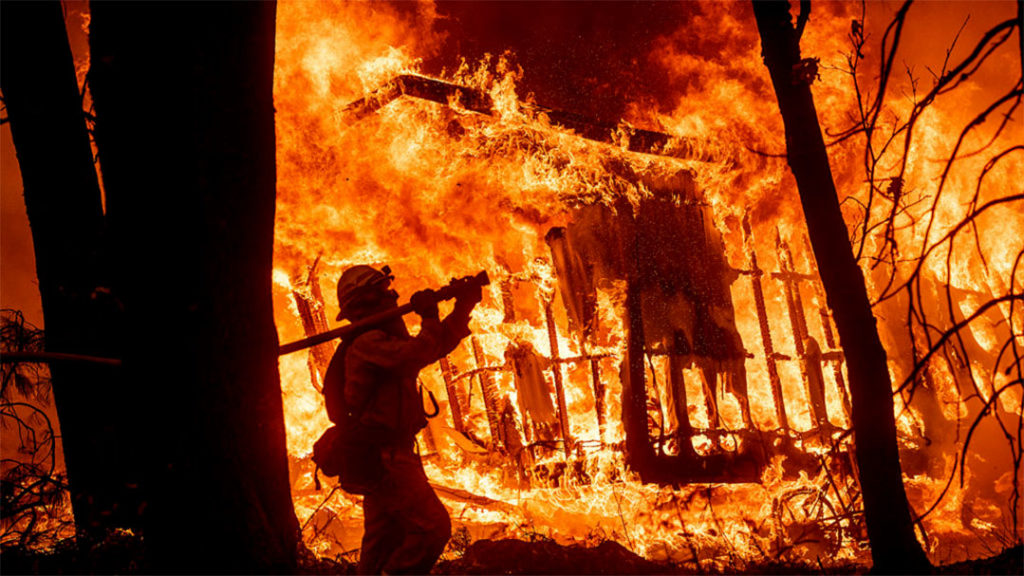 California firefighters had their work cut out for them this week as they battled at least 21 wildfires across the state. The fires blazed in eight counties, forcing thousands upon thousands of residents to evacuate. As of Friday morning, at least 31 people had died in the fires, surpassing the death toll of the 1933 Griffith Park Fire, making these fires the most deadly fire-related emergencies in California’s history. The fires have torn through 191,000 acres of land, an area of land roughly thirteen times the size of Manhattan, destroying thousands of homes and commercial buildings.