The impacts on countries and between countries of the many ongoing energy transitions is exceedingly difficult to predict. With support from the German government, Dartmouth Engineering and the Payne Institute undertook a scenario exercise to help consider implications for decision makers out to 2100 in areas as disparate as critical minerals, energy poverty, and the changing landscape for oil and gas. They consider the implications on geopolitics through an international relations, security, environment, and technology lens. 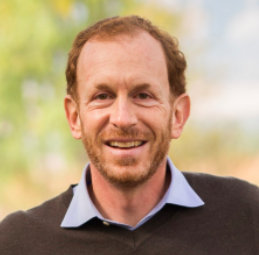 Morgan Bazilian is the Director of the Payne Institute and a Professor of Public Policy at the Colorado School of Mines. Previously, he was lead energy specialist at the World Bank. He has over two decades of experience in the energy sector and is regarded as a leading expert in international affairs, policy and investment. He is a Member of the Council on Foreign Relations.

Dr. Bazilian holds two master’s degrees and a Ph.D. in areas related to energy systems and markets, and has been a Fulbright fellow. He holds, or has held, several academic affiliations including at Columbia University, Cambridge University, the Royal Institute of Technology of Sweden, the Center for Strategic and International Studies, and the International Institute for Applied Systems Analysis. He is on the editorial boards of Environmental Research Letters, Energy strategy Reviews, and Energy Research and Social Science. He has published more than 140 articles in learned journals. His book, Analytical Methods for Energy Diversity and Security is considered a seminal piece in the area of energy finance and security. His work has been published in, inter alia, Foreign Affairs, Foreign Policy, Nature, Science, and the Proceedings of the National Academy of Science.

Dr. Bazilian is a member of the World Economic Forum’s Global Advisory Council on Energy, as well as the Global Advisory Council of the Sustainable Finance Programme at Oxford University. Previously, he was a Deputy Director at the U.S. National Renewable Energy Laboratory (NREL) and a senior diplomat at the United Nations. Earlier in his career, he worked in the Irish Government as Principal Advisor to the Energy Minister, and was the Deputy CEO of the Irish National Energy Agency. He was also the European Union’s lead negotiator on low-carbon technology at the United Nations climate negotiations.  Dr. Bazilian has testified before the U.S. Senate and the Irish Oireachtas on issues of energy security.  Dr. Bazilian is a member of the Technical Advisory Group for the State of Colorado’s GHG Pollution Reduction Roadmap.