Please join Dr. Meir Elran for a discussion on the unique case of Israeli resilience, where the concept of societal resilience has been tested and challenged by both man–made terrorist disruptions and natural ones. Dr. Elran, Director of the Homeland Security Program at the Institute of National Security Studies (INSS) at Tel Aviv University and a retired Brigadier General in the Israel Defense Forces will discuss the recent mutual ceasefire of Israel and Hamas, which ended the fourth round of major fighting between the two groups in just over a decade. Dr. Elran will also discuss terrorist statistics and characteristics, main features of Israel’s defense, including assets, shortcomings, resilience manifestations, what stands behind the robust Israeli position, and lessons for future rounds of conflict in the Gaza Strip.

There will be time at the end of the presentation for a Q&A session. 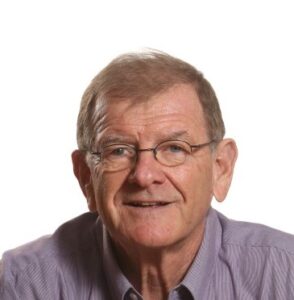 Dr. Meir Elran is a senior research fellow and head of the Homeland Security Program at the Institute of National Security Studies (INSS) at Tel Aviv University. He also teaches for the Committee on International Relations at the University of Chicago. Brig. Gen. (ret.) Dr. Elran served in the Israel Defense Forces as a career officer for 24 years in senior command and staff positions, primarily in the Military Intelligence Directorate. His last post was deputy director of Military Intelligence (1987-1989). Brig. Gen. (ret.) Elran took an active role in the peace talks with Egypt and was an active member of the military delegation to the peace talks with the Hashemite Kingdom of Jordan. Following his retirement from the military, Dr. Elran served as the chief of staff of the Tel Aviv municipality and afterwards as a senior consultant for strategic planning for several government offices, including the Ministry of Defense, Education, Internal Security, and the National Security Council. Dr. Elran’s main areas of academic research are homeland security, disaster management, and societal resilience in face of protracted terror.