This past week we honored those who died while in military service. Parades were held, their graves were decorated, and speeches honoring them were made.  We were told in a variety of ways that they died so that we could live to enjoy the freedoms they fought for.  And that’s almost true – their deaths and the sacrifices of all of those in the services and their families have preserved and protected the freedom we enjoy today.  But too seldom do we ask why – why did they serve; what motivated them to endure the discipline, the danger and the drudgery of serving in the military day after day.

Pat Tillman graduated from Arizona State University, recognized as one of the best linebackers in the country.  He became an all-pro safety in the NFL.  After 9/11, he turned down a multi-million-dollar contract to continue playing football and enlisted in the Army instead.  He participated in the invasion of Iraq, became an Army Ranger, and was then sent to Afghanistan.  He became increasingly uneasy with the war, and intended to speak out after his tour was over.  He died due to friendly fire before he could.

The key question to me is why did a Pat Tillman – and the myriad others who doubted the rightness of the wars they fought – continue on until they paid the ultimate price.  Clearly he – as did so many others – joined the military because of his idealism.  But as one who’s been there I can tell you:  there are few idealists in foxholes.  My own experience (backed up by a fair amount of research) says that in those moments of crisis when the shooting starts the one thing that drives us is the thought that we can’t let our buddies down. 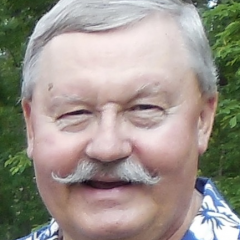 Dr. John Plodinec is an independent scholar. As part of the Community and Regional Resilience Institute (CARRI), he was responsible for identifying and evaluating technologies that can enhance a community’s resilience. His most important contributions have been development of action-oriented tools that operationalize the “Whole Community” concept, including CARRI’s Community Resilience System and its Campus Resilience Enhancement System. He has also helped several communities and universities develop plans to recover from economic and natural disasters. Dr. Plodinec also coordinated development of an action plan for management of woody biomass and debris generated by disasters in support of the federal government’s Woody Biomass Working Group. This effort involved a team from seven federal agencies as well as coordination with other major stakeholders in the American forest enterprise. Dr. Plodinec also developed CARRI’s Resilient Home Program, aimed at improving the survivability of American homes to natural disasters. This built on earlier work he did while at Mississippi State University, where he led the University’s efforts to develop programs related to severe weather events. As part of a joint program with the International Code Council and other partners, he has led initial development of a Community Resilience Benchmark System.