Memorial Day traditionally marks the beginning of summer and with it, the hunt by many teenagers for a summer job. For youth who participate in summer job programs, the hunt can mean much more than a rite of passage. Research from Northeastern University, conducted in partnership with the Boston Mayor’s Office and John Hancock, has demonstrated that summer jobs programs are a cost-effective way of improving a wide range of youth outcomes related to workforce readiness, education, social development, and criminal justice involvement. This year with the labor market rebounding, employers have an extraordinary opportunity to provide jobs to youth in their community while leveraging innovations in virtual summer jobs developed over the course of the pandemic.

Since the early 1990s, Boston’s summer jobs program has been among the nation’s largest and most high-profile youth workforce development initiatives, employing nearly 10,000 youth each summer in jobs with over 900 public and private sector employers. This is due in no small part to support provided by an actively engaged private sector. Interested employers have engaged either through placements brokered by the Boston Private Industry Council or through large employers such as John Hancock mounting their own programs in coordination with city leaders. Jobs typically provide youth age 14 to 24 the opportunity to work 20 to 25 hours per week for a six-week period from early July through mid-August.

These investments from the city and the business community have paid enormous dividends. Our multiyear evaluation in partnership with the city has demonstrated that the program significantly boosts community engagement, social skills, job readiness skills, work habits, and college aspirations. Moreover, we have linked these summer experience to long-term improvements in violent and property crime, high school graduation rates, and subsequent employment and wages — with greater impacts for youth of color. Despite a price tag of roughly $2,000 per participant, these positive long-term impacts yield a benefit-to-cost ratio of more than 2-to-1.

Recognizing the importance of this impact, Boston made remarkable efforts to ensure that youth still had virtual access the opportunities created by summer jobs. While some cities chose to cancel their summer jobs programs, Boston invested an additional $4.1 million of CARES Act funding and committed to serving the same number of youth, for the same number of hours, at the same rate of pay. The city developed four new programming options that allowed youth to safely engage in meaningful activities last summer, including a Virtual Internship as well as a “Learn and Earn” track where youth were paid for time spent taking community college courses. Survey data from last summer showed that despite the usual challenges that come with addressing technology gaps, these new virtual models provided similar, and in some ways superior, experiences compared to traditional in-person jobs.

With these new models having proven effective, there is an opportunity for the private sector to step back into their traditional role of employing youth as part of Boston’s summer jobs program.  The labor market has recovered considerably since last summer when the pandemic shut down businesses that typically employ youth such as retail, eating and drinking establishments—many of which are now scrambling to find workers as capacity constraints are being lifted. However, although restaurants and retail stores have ramped up hiring, many other employers have been hesitant to take on summer interns this summer while most of their workforce is still remote.

Taking the Biden administration’s “build back better” as inspiration, Boston’s private sector employers should think more broadly about summer jobs as both a means to fill critical vacancies as well as development opportunities for youth who are the region’s future workforce. For example, virtual internships can reduce geographic and time constraints that previously were barriers to participation for youth living in low-income neighborhoods or those with extracurricular and/or caregiving activities. Moreover, using an online platform as the work environment equips youth with the technology skills needed to bridge the digital divide and better prepare them for the workplace of the future, which is likely to maintain some virtual component. The private sector should seize this moment to work with the city to build a more holistic youth workforce-development system that can be sustained beyond the current crisis and once again make Boston a model for other cities. 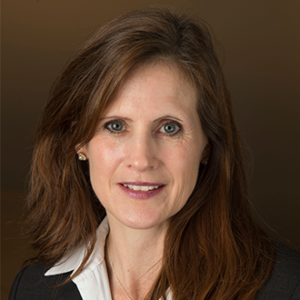