“Surprising as it seemed, the experts saw it coming, an epic nor’easter, a full moon high tide and a rising sea, all conspiring to swallow up swathes of Boston with an icy cold winter flood,” O’Brien said. “It got wall-to-wall live attention on the local news.”

“I worry sometimes that we are creating islands of resilience in seas of fragility,” Dr. Flynn told O’Brien. “Where the real challenge lies is that cities don’t control entirely their destinies. They rely on transportation, energy networks, communication networks that sprawl across the country, across borders. It’s so important to have national leadership, in some cases to take this on globally, is because these systems we rely on have to essentially be able to built resilient across multiple jurisdictions.” 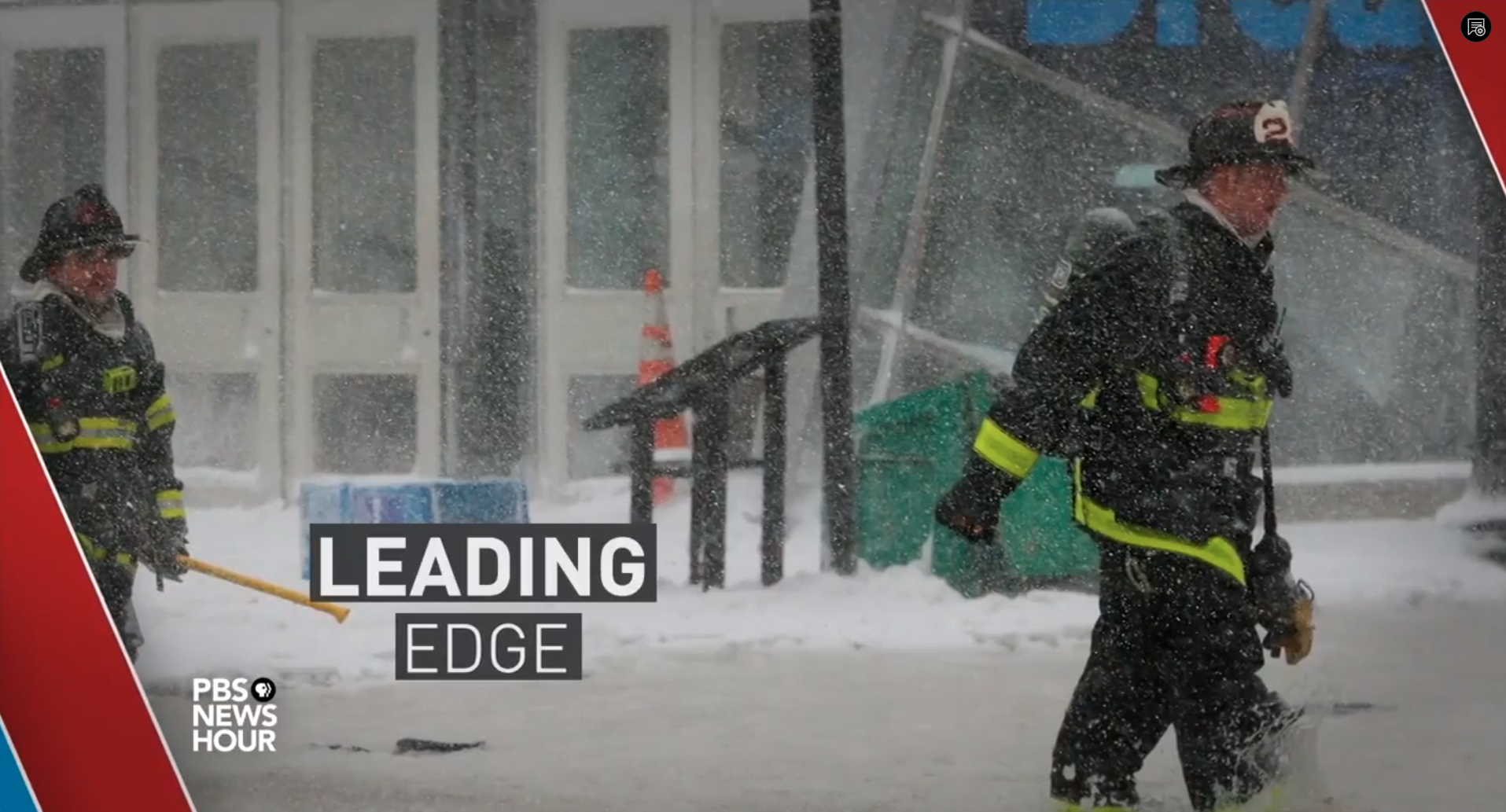 The piece, which aired on January 10, is an installment of the PBS weekly science series, Leading Edge.

To watch the full segment, or read the transcript, click the image above or visit: www.pbs.org/newshour

[Featured photo: Pedestrians cross the street in downtown Boston, Thursday, Jan. 4, 2018. A massive winter storm swept from the Carolinas to Maine on Thursday, dumping snow along the coast and bringing strong winds that will usher in possible record-breaking cold. (AP Photo/Michael Dwyer)]