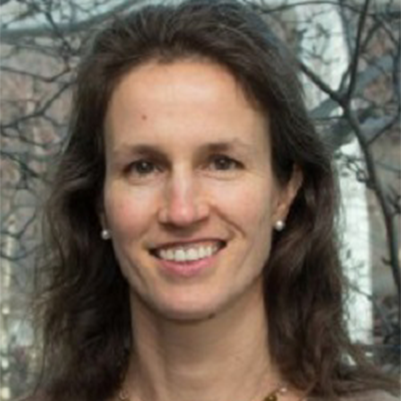 Jane Amidon is a Professor of Landscape Architecture and Director of the Urban Landscape Program in the Northeastern University School of Architecture. She teaches studio, lecture and seminar courses focused on the ideas, histories and design strategies of changing cities. Jane lectures and publishes on contemporary urban landscape and the related topics of modernism and modernization of the American landscape.

Her published books include Radical Landscapes: Reinventing Outdoor Space and monographs on Kathryn Gustafson and Dan Kiley. She was the founding editor for the Source Books in Landscape Architecture series, publishing the first four books of that series. Recent essays and chapters include “Cities, Disturbance and Recovery” and “Two Shifts and Four Threads in Contemporary Landscape and Urbanism” in Topos, “Big Nature” in Design Ecologies: Essays on the Nature of Design, and “Eclogue for the Metropolis” in PRAXIS Journal. She co-organized three Landscape Complexity and Transformation conferences in collaboration with The Cultural Landscape Foundation, and continues to lecture and serve as a critic at universities and institutions internationally.

Jane’s work in urban landscape is an extension of two seminal areas of interest: modernism as a critical stance in mid-century landscape practice, and modernization as the remaking of the American landscape at increasingly monumental scales. Building on this foundation, current projects include a new book examining influences that shaped the work of American landscape modernist Dan Kiley, as well as writings on entrepreneurial environments – as cities evolve in response to diverse forces, the urban landscape is moving to a pro-active rather than re-active stance. This shifts the paradigm of public space toward multi-functional ecologies and living systems that harness the output (waste) of one process is as the input (nutrient) for others. As our cities increasingly gear toward a fusion of economic, social and environmental agendas, new forms and functions of public space will fuel healthier communities at local, regional and global scales.