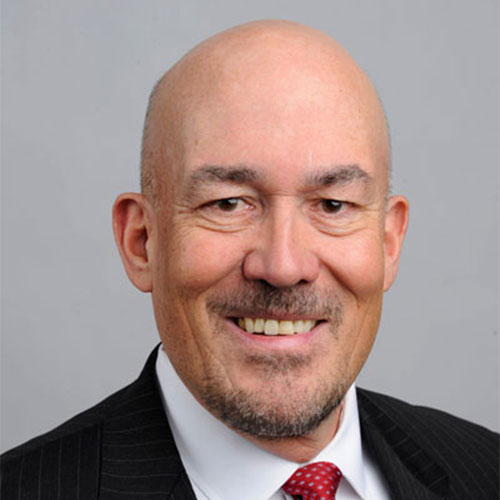 As a Distinguished Senior Fellow at the Global Resilience Institute at Northeastern University, Dr. Philip Andreson helps lead a university-wide research enterprise to inform and advance societal resilience in the face of growing man-made and naturally-occurring turbulences. In addition, he serves as an Affiliate Professor for the School of Public Policy and Urban Affairs.

Before joining the senior management team at the Global Resilience Institute, Dr. Anderson served as ANSER Chief Operating Officer. For nine years, he also served as director of the Homeland Security Studies & Analysis Institute (HSSAI), the first congressionally chartered, federally funded research and development center (FFRDC) for homeland security, operated by ANSER on behalf of the Department of Homeland Security. Throughout his tenure, he led the effort to expand HSSAI’s influence and impact across DHS and to the broader policy community.

Dr. Anderson has served as a trusted advisor to senior government officials at the highest levels. He was one of the early pioneers in developing the Homeland Security policy establishing the Center for Strategic and International Studies’ (CSIS) Homeland Security Program shortly after 9/11. His work in this area helped shape our country’s thinking about how to create the Department of Homeland Security and about how to protect our critical infrastructure and balance privacy and security in the post 9/11 era. In addition to advising Administration officials, Dr. Anderson was relied upon by numerous media outlets for expert analysis and frequently testified at various congressional hearings. He remains a Senior Associate at CSIS, focusing on Defense and Homeland Security policy issues.

Dr. Anderson has served as an advisor for the Quadrennial Defense Review (QDR) and also sits on the Materials and Manufacturing Advisory Board at the Penn State Applied Physics Laboratory. Previously, Dr. Anderson developed and executed Lucent Technologies–Bell Labs’ government business strategy as Vice President and General Manager of their Washington Operations. While there, he focused on information security and communications technologies for the public safety community. His strategies and skills at collaboration and developing strategic partnerships were instrumental in winning the Iraq post conflict reconstruction contract, among numerous others, generating significant revenue growth for Lucent.

Dr. Anderson was a career Marine Corps officer with significant command experience, as well as International Security, Defense Policy, and Counter Terrorism experience. In addition to his undergraduate degree, Dr. Anderson holds a Master’s degree in International Relations and a Master’s and Ph.D. in Education from George Mason University.