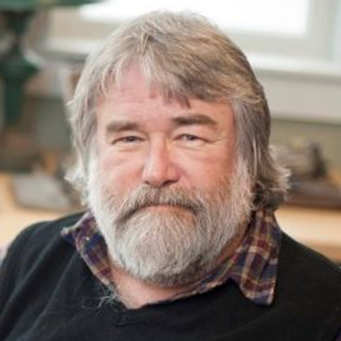 Joseph Ayers, Ph.D. is Professor of Biology, Department of Biology and Marine Science Center, Northeastern University, Boston and East Point, Nahant, Massachusetts. His lab builds biomimetic robots based on simple neurobiological models, the lobster and sea lamprey. The robots feature a physical plant that captures the biomechanical advantages of the body form, a neuronal circuit-based controller, neuromorphic sensors, myomorphic actuators and a behavioral set based on action patterns, reverse engineered from movies of the animal models. The controllers are based on neuronal circuits established from neurophysiology. To achieve real-time operation, his team bases the electronic neurons on nonlinear dynamical models of neuronal behavior rather than physiological models. They employ both UCSD electronic neurons and synapses (analog computers that solve the Hindmarsh-Rose equations) and discrete time map based neurons and synapses that are integrated on a DSP. Together these components provide an integrated architecture for the control of innate behavioral action patterns and reactive autonomy.