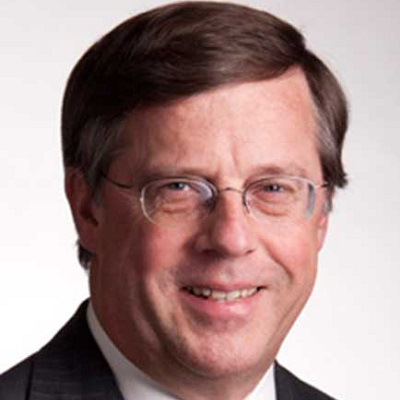 Peter Boynton is CEO of the George J. Kostas Research Institute for Homeland Security at Northeastern University, LLC. The institute is home for co-located industry and academic research labs working together to accelerate innovation related to resilience and security.

Previously, Boynton was the Commissioner of Emergency Management and Homeland Security for the state of Connecticut, appointed by both democratic and republican Governors. He led statewide responses to three Presidential disaster declarations, integrating the government response with private sector task forces to speed recovery.

Boynton also served as an officer in the U.S. Coast Guard. As Captain of the Port for Connecticut and Long Island, he partnered with industry to implement post-9/11 maritime security measures, led a study with public and industry stakeholders evaluating security for a proposed liquefied natural gas facility, and led the rescue of an oil tanker aground on Long Island, preventing an environmental disaster. He was Commanding Officer of three Coast Guard cutters.

Boynton was a Director on the White House National Security Council staff, and served at the Department of State. He was Federal Security Director for Bradley International airport, where he led the airport from the lowest to the top 10 rated TSA operations in the eastern U.S.

Boynton has testified before the U.S. Congress on multiple occasions, has served on numerous non-profit boards and is currently on the national Board of Directors for the Military Officers Association of America. He holds a Master’s Degree in Public Administration from Harvard and a Bachelor’s Degree in Ocean Engineering from the U.S. Coast Guard Academy. He also holds an unlimited Master’s License for ocean-going vessels of any tonnage.