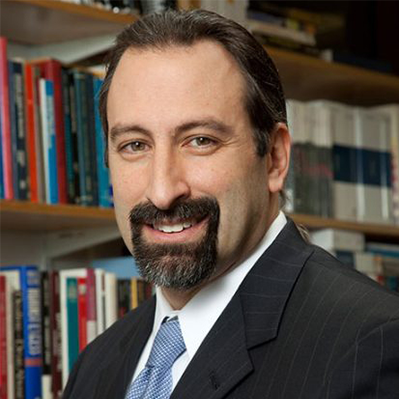 Anthony A. Braga is distinguished professor and director of the School of Criminology and Criminal Justice effective July 1, 2016. Braga’s record combines deep engagement in Boston and an international reputation as a leading researcher on crime prevention. He collaborates with criminal justice, social service, and community-based organizations to produce high impact scholarship, randomized field experiments, and policy advice on the prevention of crime at problem places, the control of gang violence, and reductions in access to firearms by criminals. With colleagues, Braga has published numerous peer reviewed journal articles in top criminology and criminal justice journals such as Criminology, Journal of Research in Crime and Delinquency, Justice Quarterly, and the Journal of Quantitative Criminology. Braga has authored three books and edited seven volumes with top scholarly presses such as Oxford University Press and Cambridge University Press.

Braga has served as principal investigator or co-principal investigator on projects totaling more than $11 million dollars in external funding from a variety of federal, state, and private grant-making institutions including the U.S. National Institute of Justice, National Institutes of Health, and National Science Foundation. He is currently serving as a committee member for the National Research Council Committee on Proactive Policing – Effects on Crime, Communities, and Civil Liberties and the Science Advisory Board to the Office of Justice Programs, U.S. Department of Justice. Braga is a fellow of the American Society of Criminology (ASC). He is also a past president and fellow of the Academy of Experimental Criminology (AEC), and the 2014 recipient of its Joan McCord Award recognizing his commitment to randomized controlled experiments.

The practical value of his work in violence reduction in disadvantaged neighborhoods has been recognized by a numerous awards, including the Civic Leadership Award (2004) presented by The Boston Foundation, the United States Attorney General’s Award for Outstanding Contributions to Community Partnerships for Public Safety (2009), and the U.S. Department of Justice Project Safe Neighborhoods Research Partner of the Year Award (2010). Between 2007 and 2013, Braga served as Chief Policy Advisor to former Boston Police Commissioner Edward F. Davis and worked with his command staff and line-level officers on award-winning community policing and crime prevention initiatives. Braga holds an M.P.A. from Harvard University, and a Ph.D. in criminal justice from Rutgers University.