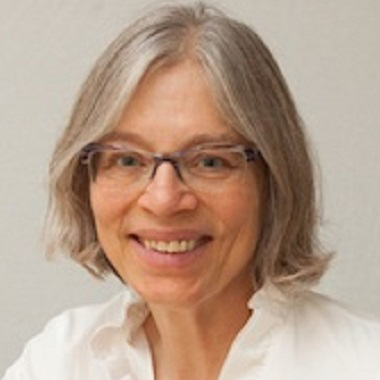 Professor Davis teaches Constitutional Law, US Human Rights Advocacy and Professional Responsibility. She is a faculty director for the law school’s Program on Human Rights and the Global Economy and the NuLawLab. In 2015-2016, she held the Fulbright distinguished chair in human rights and humanitarian law at the Raoul Wallenberg Institute, Lund University, in Lund, Sweden, and she remains an affiliated scholar with the institute. She is also a member of the expert pool for WaterLex, a Geneva-based development organization that advocates for water and human rights.

Professor Davis has written widely on human rights, women’s rights, and social justice issues. She is co-author of the first law school textbook focused on domestic human rights: Human Rights Advocacy in the United States (West 2014) and she co-edited Bringing Human Rights Home, a three-volume work chronicling the US human rights movement. In 2008, Bringing Human Rights Home was named one of the “best books in the field of human rights” by the US Human Rights Network. Professor Davis’s book, Brutal Need: Lawyers and the Welfare Rights Movement, received the Reginald Heber Smith Award for distinguished scholarship on the subject of equal access to justice, and was also honored by the American Bar Association in its annual Silver Gavel competition.

Professor Davis’ articles have appeared in the Yale Law Journal, the North Carolina Law Review, Fordham Law Review and many others. Her most recent book is Global Urban Justice: The Rise of Human Rights Cities, in which she and her co-editors bring together academics and practitioners at the forefront of human rights cities and the “right to the city” movement to critically discuss the potential that human rights cities hold for global urban justice.

In addition to serving as an editor, Professor Davis contributed a chapter, “Cities, Human Rights and Accountability: The United States Experience.” Professor Davis co-edits the Law Professors’ Network Human Rights at Home blog. Prior to joining the law faculty in 2002, Professor Davis was vice president and legal director for the NOW Legal Defense and Education Fund. As a women’s rights practitioner, she was counsel in a number of cases before the US Supreme Court, including Nguyen v. INS, a challenge to sex-based citizenship laws that Professor Davis argued before the court.

Professor Davis has also served as a fellow at the Bunting Institute, as the first Kate Stoneman Visiting Professor of Law and Democracy at Albany Law School, a Soros Reproductive Rights Fellow, a fellow at the Human Rights Program at Harvard Law School and fellow of the Women and Public Policy Program at Harvard’s Kennedy School of Government. Professor Davis is an appointed member of the Massachusetts State Advisory Committee of the US Commission on Civil Rights