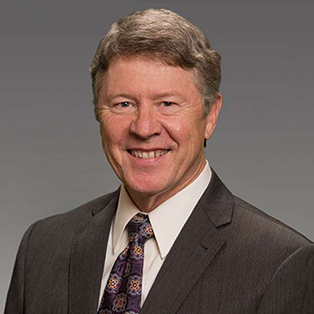 Edward M. Emmett is a fellow in energy and transportation at the Baker Institute. Currently, his reaearch efforts are focused on freight mobility, building a resilient global supply chain and understanding the past, present and future role of highways. Emmett also leads the team that sponsors the annual Houston Global Freight Summit.

In 1989, President George H. W. Bush nominated Emmett as a commissioner at the Interstate Commerce Commission. After being confirmed unanimously by the U.S. Senate, Emmett served on the commission for three years.

Following his service at the Interstate Commerce Commission, Emmett was president of The National Industrial Transportation League from 1992 until 2003, when he created The Emmett Company, a transportation policy consulting firm.

Currently, Emmett has several key roles in the development of transportation policy. He chairs the Texas Department of Transportation Freight Advisory Committee and is on numerous transportation-related advisory boards.

In addition to his role at the Baker Institute, Emmett is a distinguished senior fellow at Northeastern University’s Global Resilience Institute, where his focus is on emergency preparedness and response and community resilience. As Harris County judge from 2007 until 2019, Emmett was director of homeland security and emergency management for the nation’s third-largest county. His actions in dealing with Hurricane Ike, the floods of Hurricane Harvey and other community disasters garnered national and international recognition.

Emmett graduated from Rice University in 1971 with a Bachelor of Arts degree in economics and from the University of Texas at Austin in 1974 with a Master of Public Affairs degree.

Emmett has received numerous awards and honors, including Distinguished Alumnus of Rice University, the Distinguished Public Service Award from the Lyndon B. Johnson School of Public Affairs, and the Presidential Call to Service Award.