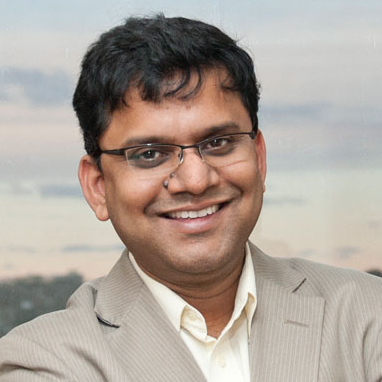 Auroop R. Ganguly is a hydrologist and a civil engineer, and currently a Professor of Civil and Environmental Engineering (CEE) at Northeastern University (NU) in Boston, MA, USA, where he is the Director of the Sustainability and Data Sciences Laboratory (SDS Lab). He is also Professor by courtesy of multiple NU departments and colleges, specifically, Khoury College of Computer Sciences, Marine and Environmental Sciences, Political Science, and Public Policy and Urban Affairs, as well as a Visiting International Professor of Computer Science and Environmental Science at the Indian Institute of Technology (IIT) Kharagpur. He is a member of the United Nations Environmental Program review panel and the lead author of the Artificial Intelligence (AI) section of the upcoming Sustained National Climate Assessment of the United States. He is the Chief Specialty Editor for water and built environment of the upcoming Frontiers in Water journal and serves on the editorial board of the journal PLOS ONE and Scientific Reports published by Nature, as well as the American Society of Civil Engineers (ASCE) Journal of Computing in Civil Engineering. He has previously served as an Associate Editor of the American Geophysical Union (AGU) journal Water Resources Research, and on the AI committee of the American Meteorological Union (AMS), besides having served as a co-chair of the Societal Dimensions Working Group at the National Center for Atmospheric Research (NCAR). Ganguly has published in top interdisciplinary journals such as Nature, Proceedings of the National Academy of Sciences (PNAS), and Nature Climate Change, among others, and in highly regarded disciplinary journals in areas such as hydrometeorology and hydroclimate, climate and weather extremes, resilience of lifeline infrastructures, data mining and machine learning, as well as nonlinear physics. He has published a textbook on Critical Infrastructures Resilience by Taylor and Francis and other edited books on Knowledge Discovery from Sensor Data by CRC Press and LNCS. His research has been published in top computer, data science and AI venues, such as highly selective peer reviewed conferences including SIAM Data Mining (SDM) and ACM Knowledge Discovery and Data mining (KDD), where he has won multiple best paper awards. Ganguly’s research has been cited in United Nations and US assessment reports, highlighted in commentaries in scientific venues such as Nature, PNAS, NASA Tech Briefs, R&D Magazine, US Department of Energy (DOE), and National Science Foundation (NSF) news, while he and his work have been quoted by the news media in the US and across the globe. His former doctoral students and postgraduates are or have been in leadership positions in the private industry (e.g., in risk and hazards modeling, and machine learning), received prestigious international fellowships, employed as scientists in the US National Laboratory system and in government agencies such as NASA, and in faculty positions at US and international universities. Ganguly is the co-founder and chief scientific adviser at the NSF-funded startup risQ, where his former PhD student is the CEO and co-founder. In addition to teaching graduate and undergraduate courses in climate, water, applied data science, and critical infrastructures, Ganguly has been leading a study abroad undergraduate program on climate change science, engineering and policy across different regions of the world. He has 20+ years of professional experience spanning academia, private industry including startups, and government research laboratory, including Oak Ridge National Laboratory (ORNL), Oracle Corporation, and a best-of-breed company acquired by Oracle, besides joint, adjunct or visiting faculty positions at the University of Tennessee, Knoxville, the University of South Florida, and the Indian Institute of Technology (IIT) Bombay. His experience in the private sector has included time series software development and analytics for the demand-driven supply chains, while his research at the Oak Ridge National Laboratory has touched upon climate extremes and homeland security, as well as computational and data sciences. He has brought in about $20M of research funding in his career from sources such NSF, NASA, US DOE, US Department of Defense (DOD) and other sources and won multiple mentorship and outstanding faculty or faculty fellow awards. Ganguly has a PhD from the Massachusetts Institute of Technology (MIT) in Civil and Environmental Engineering, an MS in Civil Engineering from the University of Toledo, Ohio, and a B. Tech. (Hons.) from the Indian Institute of Technology (IIT) Kharagpur in Civil Engineering.