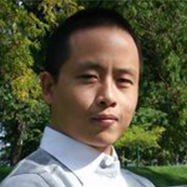 Professor Gao am an assistant professor at the Department of Computer Science and Center for Network Science and Technology at Rensselaer Polytechnic Institute (RPI). Prior to joining the Department of Computer Science at RPI, he was a Research Assistant Professor at the Center for Complex Network Research at Northeastern University from 2012, working with Prof. Albert-László Barabási. He received his Ph. D. degree in the Department of Automation at Shanghai Jiao Tong University from 2008 to 2012. During his Ph.D. from 2009 to 2012 he visited Prof. H. Eugene. Stanley in Physics department at Boston University, as well as Prof. Shlomo Havlin in Physics department at Bar-IlanUniversity in 2012.

His major contribution includes the theory for robustness of networks of networks and resilience of complex networks. Since 2010, he has published over 20 papers on journals, such as Nature, Nature Physics, Nature Communications, Proceedings of the National Academy of Sciences, Physical Review Letters and more, with over 2,000 citations on Google Scholar. He has been selected as the Editor board of Nature Scientific Reports, distinguished referee of EPL (2014-2016) and Elsevier (2016), and referee of Science, PNAS, PRL, PRX and more. His publications were reported over 20 times by international public and professional media.