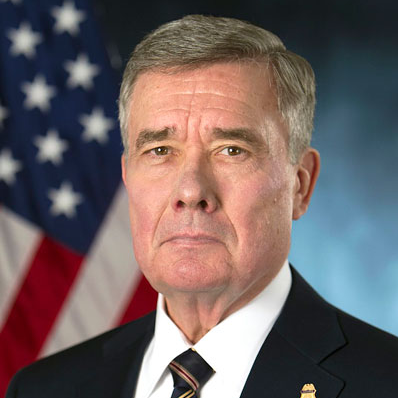 Gil Kerlikowske is a distinguished senior fellow at the Global Resilience Institute, having previously served as the Commissioner of U.S. Customs and Border Protection (CBP) from March 2014 to January 2017. Prior to his leadership role at CBP, Kerlikowske served in the Obama Administration as Director of the Office of National Drug Control Policy (ONDCP) from 2009 to 2014.

He began his career as a police officer in Florida in 1972 and received a fellowship to the National Institute of Justice, a research branch of the Department of Justice, in 1984. His career in law enforcement eventually led Kerlikowske to becoming Seattle’s Chief of Police in 2000, a position he held until 2009. Commissioner Kerlikowske holds both Bachelor’s and Master’s degrees from the University of South Florida in Tampa. He has taught courses in criminal justice at Seattle University, Buffalo State College, and Florida Atlantic University while serving as a police officer.

Kerlikowske is currently an Institute of Politics fellow at the Harvard Kennedy School of Government.