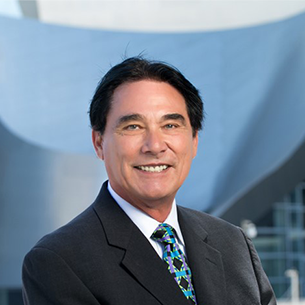 Les is a senior seasoned business executive and an attorney with substantial emergency, resiliency, LEED, development, environmental, business, and managerial experience. He is also the president and general counsel of E Cubed Optimizers, an environmental and business consulting firm he founded Previously he was the Partner-Chairman of the Pacific Rim Environmental and Energy practice of Norton Rose Fulbright (formerly Fulbright and Jaworski) headquartered in its Los Angeles office and an environmental and energy Shareholder in Brownstein Hyatt Farber Schreck in its San Diego and Los Angeles offices. In addition, as discussed below, he has served as general counsel and senior officer in Fortune 500 companies, including serving as general counsel of Southern California Gas & Pacific Enterprises where he negotiated and oversaw the merger that created Sempra Energy. In his early career, he worked as a legislative aide at the U.S. Senate in Washington, D.C. where he had the responsibility to draft and advise on legislation, including major federal environmental legislation.

He was a key presenter at an international oil and gas conference where he spoke on climate change and resiliency. Recently Les completed an extensive resiliency case study of the city of Boston. The six-month study evaluated the resiliency of 16 major components including horizontal and vertical infrastructure, energy, climate change, education, health care, transportation, police, fire department, emergency response, interoperability of the city government departments and community, and other factors. The study was published by the USGBC in July 2018. He has also been advising the USGBC concerning its LEED for Cities pilot program, development of a resiliency and efficiency rating system for utilities, and other matters. He testified twice this year in the California legislature on the subject of resiliency and resilience-focused legislation. Les was also requested to draft a White Paper for the Southern Governors Conference on the rebuilding of utility services in Puerto Rico. He is the developer for the First Nations Ecological Conservancy which will be built on a recently acquired 26-acre site in Southern California and will serve as both a research and educational center on environmental and resiliency issues.

His legal practice focuses on environmental (including environmental justice matters), energy, state and federal environmental regulatory, permitting, compliance, planning, resiliency, LEED, and climate change. He has provided legal services to corporate and energy clients for over 30 years and has served as both in-house general counsel and outside general counsel. His litigation experience includes civil, criminal, administrative (state and federal), and appellate matters. His development experience includes being primary counsel and chairman of the finance & planning committee for the $18 billion CityCenter project, as well as working on the Fountain Bleu project, the expansion of the Harrah Caesar facilities, renewable energy projects, LNG projects, and many other matters.

He has substantial experience handling general administrative and managerial matters, managing caseloads and information, supervision of attorneys and staff (including hiring), assigning and supervising attorneys work including appellate, and both performing and supervising complex legal work. He has exercised the highest levels of judgment and communicated effectively with all levels of personal and stakeholders.