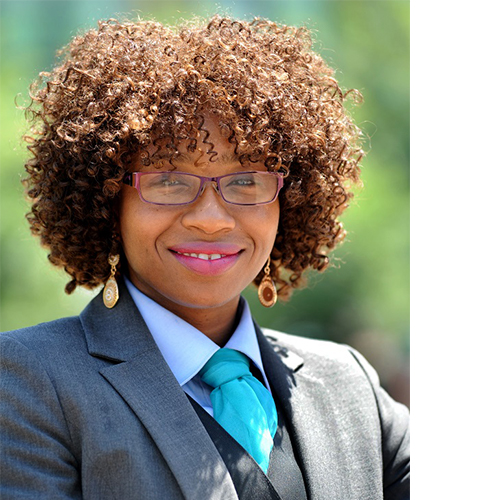 Dr. Atyia Martin has spent the last 16 years in federal and local government within intelligence, homeland security, emergency management, public health preparedness, and ultimately resilience. Prior to her career in public service, she worked in the private sector (for profit and nonprofit) in technology, business development, and administration. She has led many teams and major initiatives to consistently achieve their mission and goals while building the capacity of those around her to grow into their best selves.

Dr. Martin is currently the CEO & Founder of All Aces, Inc. Additionally, she serves as a Distinguished Senior Fellow at Northeastern University’s Global Resilience Institute. Dr. Martin was the first Chief Resilience Officer for the City of Boston as part of 100 Resilient Cities. She led the development and implementation of Boston’s first resilience strategy which was the first one in the 100 Resilient Cities network to make racial equity, social justice, and social cohesion the foundation of building resilience across the city. She engaged over 11,000 people across government, community, businesses, and nonprofits to develop Resilient Boston: An Equitable, Connected City. Smart Cities magazine selected Resilient Boston as the best resilience strategy of 2017 and the Center for American Progress featured it in its report A Framework for Local Action on Climate Change.

Prior to her role as Chief Resilience Officer, Dr. Martin was the director of the Office of Public Health Preparedness at the Boston Public Health Commission (BPHC). In this role, she was responsible for coordinating public health, healthcare, and community health preparedness; emergency response and recovery coordination among the public health and healthcare system; oversight of the Stephen M. Lawlor Medical Intelligence Center to coordinate response and recovery efforts; and education and training through the DelValle Institute for Emergency Preparedness. She led the expansion of the DelValle Institute from the greater Boston area to the entire Commonwealth of Massachusetts. Additionally, she increased their reach and capacity by facilitating the development and implementation of a learning management system to support in-person training and expansion into online learning. During her tenure, she led the public health and healthcare response to the Boston Marathon bombings, the winter snow storms of 2015, trolley crashes, train crashes, the Long Island evacuation, and dozens of smaller scale emergencies.

Dr. Martin holds an Associate of Arts in Serbian Croatian from the Defense Language Institute (DLI), Bachelor of Science from Excelsior College, a Masters in Homeland Security Leadership from the University of Connecticut, and a Doctorate in Law and Policy from Northeastern University. She was also formerly a certified Emergency Medical Technician and a Basic Life Support Instructor. Dr. Martin and her husband were born and raised in Boston where they currently live. They have five children, three still at home.