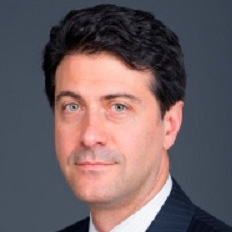 Matt McGuire joined CapZone to lead investor relations and stakeholder engagement to advance the objectives of The Investing in Opportunity Act passed in December 2017. Prior to joining CapZone, Matt was a Partner at TPG Growth and the Rise Fund, where he was responsible for fundraising and investor relations globally while also focusing on the firm’s emerging markets and impact investing strategies. His prior asset management experience included senior roles with Ariel Investments and Citadel.

In addition to his roles in private equity and impact investing, Matt has spent nearly a decade in public service, largely focused on increasing economic development through private investment. In 2015, he was confirmed by the U.S. Senate to serve as the U.S. Executive Director of the World Bank Group. In that role, he represented the U.S. on the boards of Bank’s four operating units, approving the Bank’s $60 billion in annual loans and investments globally; and he served on the Bank’s Pension Finance Committee and its Audit Committee. During that time, he worked closely with senior leadership of the National Security Council, the National Economic Council, the U.S. Department of State, the U.S. Agency for International Development, and the U.S. Department of the Treasury, to coordinate the U.S.’s positions at the Bank with broader foreign policy strategies. Prior to the World Bank, he ran the Office of the Business Liaison at the US Department of Commerce and was a Senior Advisor at the U.S. Department of the Treasury. Earlier in his career, Matt worked for the New York State Comptroller at the New York Common Retirement Fund; and he spent several years working in the fields of affordable housing and workforce development.

Matt received his Ph.D. in Anthropology from Harvard University, his B.A. from Brown University, and he has a Certificate of Religious Studies from the University of London.