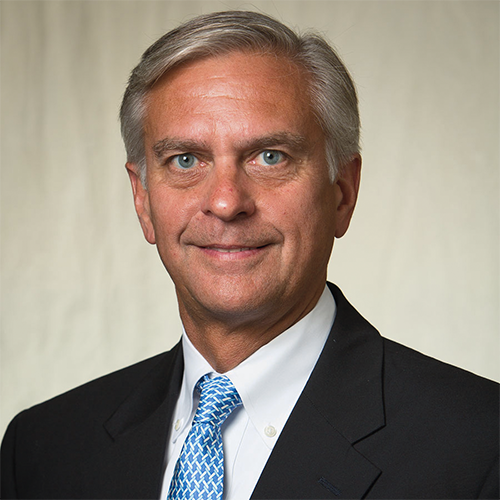 Richard S. Mroz, Esq. has a long and distinguished career in law, government, and public service. His experiences are as a regulator, lawyer, lobbyist, banker, consultant and thought leader on issues including energy markets & technologies, cybersecurity, water & wastewater policy, and infrastructure development & financing in various industries.

Mr. Mroz is the immediate past President of the New Jersey Board of Public Utilities (NJBPU) serving as chairman and chief administrative officer of the agency and functioned as the chief energy officer for New Jersey. He was President of the NJBPU from October 2014 until January 2018 and remained as a Commissioner until April 2018.

In 2018 Mr. Mroz was appointed by Secretary Rick Perry as a member of the USDOE Electric Advisory Committee, which provides advice to the Department programs and priorities on issues of the evolving grid, distributed energy resources, and reliability of the electric system. He is a member of the New Mexico State University Center for Public Utilities Advisory Council.

Mr. Mroz is a member of the Board of Directors of the Federal Home Loan Bank of New York a congressionally chartered wholesale bank with assets over $ 100 Billion which provides funding to member financial institutions in New Jersey, New York, Puerto Rico and the Virgin Islands. A Board Member since 2002, he serves on the Bank Executive Committee, is a founding member of the Bank’s Corporate Governance Committee, and has been on the Bank’s Compensation, Housing, and Audit Committees and chaired the Congressional & Regulatory Affairs Committee.

Mr. Mroz has previously had various national and regional leadership positions. He was Chairman of the Critical Infrastructure Committee for the National Association of Regulatory Utility Commissioners (NARUC). He led efforts addressing cyber security protection, workforce development, and infrastructure improvements in the electric, gas, water and telecommunications industries. He was NARUC liaison to the Electric Sector Coordinating Council (ESCC). Mr. Mroz also was a member of the NARUC Electricity Committee, Nuclear Issues and Nuclear Waste Disposal Committees, and served on the NARUC Board of Directors.

He was the New Jersey representative to the Organization of PJM States, Inc (OPSI) the official representative organization designated to interact with PJM, the regional transmission organization. From 2016 to 2017 he served as the President, which is the chairman, of OPSI. He currently is a member of the New Mexico State University Center for Public Utilities Advisory Council and the Electric Power Research Institute (EPRI) Advisory Council.

These appointments and leadership positions continue a career in legal affairs and public service having served in numerous legal and policymaking positions at the federal, state and local government levels. He was full time Solicitor for Camden County New Jersey, Commissioner of the Delaware River & Bay Authority. Notably he served as Chief Counsel to Governor Christine Todd Whitman after serving in various capacities in her Administration.

Of particular note is that President George W. Bush appointed Mr. Mroz to the Commission on White House Fellows in 2007. This national non-partisan commission is made up of individuals who represent a broad range of backgrounds, interests, and professions. Founded in 1964, the White House Fellows program is America’s most prestigious program for leadership and public service.

Before becoming President of the NJBPU he worked in private practice as a lawyer and lobbyist as Managing Director of Archer Public Affairs in Trenton, New Jersey and Of Counsel to Archer & Greiner P.C., in Haddonfield, New Jersey. He is a graduate of the University of Delaware and holds a J.D. from the Villanova School of Law. He and his wife, Lynne Mroz, M.D. live in Haddonfield, New Jersey and have three children, Julia, R,J., and Caroline.