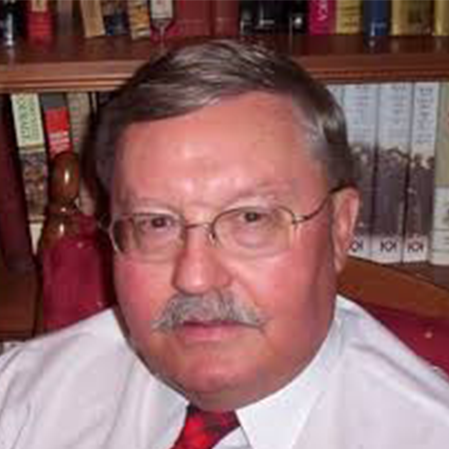 Since 2008, Dr. Plodinec has been the technical lead for the activities undertaken by the Community and Regional Resilience Institute. In this role, he has been responsible for identifying and evaluating technologies that can enhance a community’s ability to anticipate emergencies and disruptions, limit their impacts, effectively respond to them and rapidly recover from them. He was the technical lead for the development of CARRI’s Community Resilience System and its Campus Resilience Enhancement System. His most important contribution to these efforts has been development of action-oriented tools that operationalize the “Whole Community” concept for both communities and college campuses.

Dr. Plodinec also developed CARRI’s Resilient Home Program, aimed at improving the survivability of American homes to natural disasters. This built on earlier work he did while at Mississippi State University, where he led the University’s efforts to develop programs related to severe weather events.

Dr. Plodinec coordinated development of an action plan for management of woody biomass and debris generated by disasters produced by the federal government’s Woody Biomass Working Group. This effort required input, review and approval by seven federal agencies (Departments of Energy, Agriculture, and Interior, the EPA, the US Forest Service, FEMA, and the Corps of Engineers) as well as coordination with state governments in the southeastern US, and other major stakeholders in the American forest enterprise.

Dr. Plodinec is also an internationally recognized expert in nuclear waste characterization and disposal. During his involvement over more than two decades with the Department of Energy’s Defense Waste Processing Facility (DWPF) – the United States’ first and the free world’s largest radioactive waste vitrification facility – Dr. Plodinec had an impact on every aspect of the DWPF process. He personally managed the $40 million dollar DWPF product qualification program within the Savannah River National Laboratory. In this latter role, Dr. Plodinec had responsibility for achieving concurrence from the regulatory community, and acceptance by the public.

Dr. Plodinec’s ability to coordinate technical programs has also served him well in the international arena. He organized a team from Argentina and two national laboratories to demonstrate the destruction of reactor ion exchange resins via vitrification. Dr. Plodinec also headed up a team helping the Indian glass and metal foundry industries to convert to natural gas from coal to prevent further deterioration of the Taj Mahal in India. As part of a NATO-sponsored team, he prepared recommendations that have been followed by the government of Estonia in cleaning up the Sillamae site, reputedly the most contaminated site in Europe. He recently co-chaired a National Academies’ committee advising Congress and the Department of Energy on the technical adequacy of its R/D programs supporting the nuclear waste cleanup enterprise.

A graduate of Franklin and Marshall College (B.A.) and the University of Florida (Ph.D.), Dr. Plodinec is a Fellow of the American Ceramic Society and honored to be a Distinguished Senior Fellow of the Global Resilience Institute. His current research is centered around development and testing of a practically useful model of community resilience.