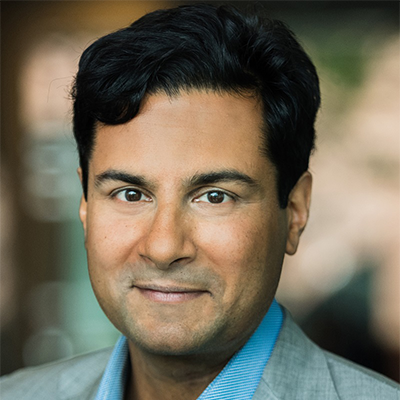 Abhi Shelat joined Northeastern University’s College of Computer and Information Science after serving as an associate professor at the University of Virginia’s computer science department.

Abhi grew up in Austin, Texas, where his father worked after earning his MBA from Northeastern in May of 1975. Abhi is very happy to join his father’s alma matter this Fall. Abhi earned a BA from Harvard in 1997, before moving to San Francisco to work at a startup. He earned his PhD in cryptography from MIT in 2005 and joined the Zurich IBM Research Lab shortly after. Abhi then joined the computer science department at the University of Virginia in 2007. He was promoted and tenured from an assistant professor to an associate professor in 2013.

Abhi has received the NSF CAREER award, Microsoft Faculty Fellowship Award, the FEST fellowship award, an Amazon Research award, an SAIC research award, a Jacobs Future of Money Workshop research prize, the Google Faculty Research Award, and an ACM UVA-chapter Professor of the Year award. Abhi is also co-founder of a software company, Arqspin, in Charlottesville that now operates itself.

His research interests lie in cryptography and applied security. Abhi works on secure computation protocols, which are methods for mutually distrusting parties, each with private inputs, to jointly compute a function while ensuring maximal privacy and correctness.