This project examines the dynamics of news media ecosystems on coastal cities as they relate to climate change and resilience. Analyzing how news organizations are reporting on the threats posed by climate change to coastal cities, this projects focuses on assessing national outlets, major urban outlets, and specialized outlets with the goal to demonstrate why high-quality public affairs in journalism is essential to collective decisions about coastal resilience, identifying best practices and weaknesses in coverage.

To accomplish this, the project team has synthesized available scholarships, assessed patterns in coverage, and conducted interviews with journalists and experts. Additionally, in partnership with the Boston Area Research Initiative (BARI), the team has worked to develop models for more data-driven, forward-thinking news coverage, and explored uses of open data in public communication, as well as conduct interviews with philanthropists who invest in new models of non-project journalism 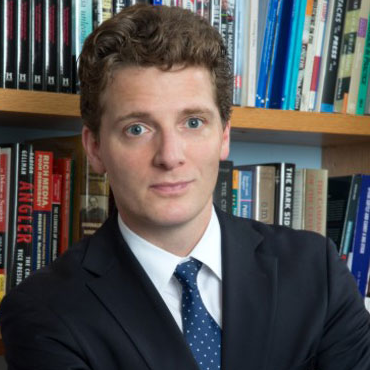 Matthew C. Nisbet is Professor of Communication, Public Policy, and Urban Affairs at Northeastern University, editor-in-chief of the journal Environmental Communication, and a monthly columnist at Issues in Science and Technology magazine. He also writes regularly at Scientific American.com and his Medium blog www.wealthofideas.org.

Nisbet studies the process by which the public and decision-makers come to understand complex scientific and technological issues, analyzing the influence of ideas, culture, expertise, and journalism. He is the author or co-author of more than 80 peer-reviewed studies, scholarly book chapters, and reports, including the 2019 American Academy of Arts and Sciences report “The Public Face of Science Across the World,” the 2018 American Association for Advancement of Science report on Scientists in Civic Life: Facilitating Dialogue-Based Communication and the 2017 US National Academies consensus study on Communicating Science Effectively: A Research Agenda.

In other recently funded projects, Nisbet evaluated the role of strategic philanthropy in supporting actions to address climate change; evaluated sources of financial support for non-profit journalism; and is currently identifying best practices in journalistic coverage of climate change resilience.

With his co-author Declan Fahy, he is completing a book with Harvard University Press to be published in 2021 that examines the influence of a special generation of public intellectuals who have helped define the major scientific and social issues of our time. By evaluating the careers of writers like Bill McKibben, Michael Pollan, Malcolm Gladwell, and Naomi Klein, the book explores the power of ideas and narratives to influence public opinion, inspire social movements, and alter political decisions.

Among awards and recognition, Nisbet has been a Visiting Shorenstein Fellow at Harvard University’s Kennedy School of Government, a Health Policy Investigator at the Robert Wood Johnson Foundation, and a Google Science Communication Fellow. His 2018 edited volume The Oxford Encyclopedia of Climate Change Communication was recognized as a PROSE award finalist by the Association of American Publishers. According to Reuters Web of Knowledge, Nisbet’s research has been cited in the peer-reviewed literature more than 4,000 times, and according to Google Scholar more than 11,500 times. In terms of scholarly impact, these metrics rank him among the most influential communication researchers of his generation.

Nisbet’s research has been supported by the Robert Wood Johnson Foundation, Barr Foundation, MacArthur Foundation, Heising-Simons Foundation, John Templeton Foundation, Rita Allen Foundation, Bernard and Ann Spitzer Trust, and Nathan Cummings Foundation. His consulting experience includes analysis on behalf of the American Association for the Advancement of Science, American Academy of Arts and Sciences, National Academies of Science, Engineering, and Medicine, the Howard Hughes Medical Institute, the Corporation for Public Broadcasting, the Centers for Disease Control, ecoAmerica, Pfizer Inc, and L’Oreal Paris. As an invited speaker, he has given lectures on more than four dozen university and college campuses worldwide and at many other scholarly and professional meetings.

At Northeastern, he teaches courses in political communication, climate change politics, and strategic advocacy. Nisbet holds a PhD and MS in communication from Cornell University and a BA in government from Dartmouth College. 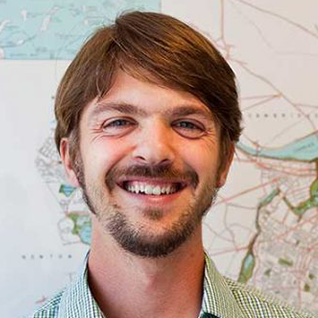 Dan O’Brien is associate professor in the School of Public Policy and Urban Affairs and the School of Criminology and Criminal Justice at Northeastern University, and co-director of the Boston Area Research Initiative. His work focuses on the ways that researchers, policymakers, and practitioners can work together to leverage modern digital data (i.e., “Big Data”) to better understand and serve cities. His own work focuses on the behavioral and social dynamics of urban neighborhoods, particularly those that directly impact a place’s future upward (or downward) trajectory. 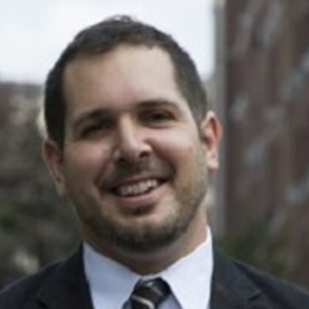 John Wihbey is an assistant professor of journalism and media innovation at Northeastern University, where he heads the graduate programs in the School of Journalism. He is the author of The Social Fact: News and Knowledge in a Networked World (MIT Press, 2019). An affiliate of the Northeastern School of Public Policy and Urban Affairs and the Ethics Institute, he is also faculty co-director of Northeastern’s Co-Laboratory for Data Impact.

His research and teaching interests include the intersection of news and social media; misinformation and media literacy; the use of data and data visualization in journalism and communications; and issues of policy relating to news and social media platforms. His writing and research has appeared in The New York Times, The Atlantic, The Washington Post, and The Boston Globe, as well as Journalism Practice, New Media & Society, Newspaper Research Journal, Journal of the International Symposium on Online Journalism, The International Encyclopedia of Journalism Studies, and Oxford Research Encyclopedias.

John is a faculty affiliate with the Global Resilience Institute and the NULab for Texts, Maps, and Networks. He is co-chair of the Computation + Journalism Symposium, to be hosted at Northeastern on March 20 &21, 2020.

Having worked in newspapers, radio, and digital media, he helped found and oversee the Journalist’s Resource project at Harvard’s Shorenstein Center, where he continues to serve as a research associate. His recent research has included projects on state government financial disclosure; foundation funding of news nonprofits; and news literacy and engagement among college students. He has served on the advisory board of Project Information Literacy and has been an advisor to media and technology companies. His research has received awards from the Association for Education in Journalism and Mass Communication (AEJMC), International Symposium on Online Journalism (ISOJ), and Kantar Information Is Beautiful. He holds degrees from Bowdoin College, Middlebury College, and Columbia University.