The Global Resilience Institute (GRI) at Northeastern University looks forward to drawing on the extensive expertise of four recently appointed Distinguished Senior Fellows. Each of the fellows brings a wealth of knowledge from both the public and private sectors.

“The Global Resilience Institute is fortunate to be able to capitalize on the wisdom and experience of senior leaders with distinguished records of public service who share a passion for advancing societal resilience,” says Founding Director Steve Flynn.

Leading a university-wide interdisciplinary effort, GRI is focused on advancing resilience-related initiatives that contribute to the security, sustainability, health and well-being of societies. Our objective is to help advance preparedness at multiple levels to effectively respond to slowly emerging disruptions and sudden disasters, both human-made and naturally-occurring. 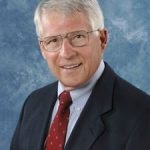 Warren Edwards is a distinguished senior fellow at the Global Resilience Institute and a Senior Fellow at the Community and Regional Research Institute (CARRI). CARRI began as a research project at the Oak Ridge National Laboratory where retired Army Maj. Gen. Edwards was the Director of the Southeast Region Research Initiative, a research collaboration of five federal laboratories and numerous research universities throughout the southeast U.S. He transitioned CARRI from ORNL to Meridian Institute (www.Merid.org)  in 2011 and was its Executive Director until May 2016. After retiring as a Major General from the United States Army and before joining Oak Ridge National Laboratory, Edwards served as the Chief Operating Officer for Oak Ridge Technology Connections (TechConnect), LLC. 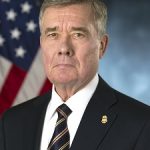 Gil Kerlikowske is a distinguished senior fellow at the Global Resilience Institute, having previously served as the Commissioner of U.S. Customs and Border Protection (CBP) from March 2014 to January 2017. Prior to his leadership role at CBP, Commissioner Kerlikowske served in the Obama Administration as Director of the Office of National Drug Control Policy (ONDCP) from 2009 to 2014. He began his career as a police officer in Florida in 1972 and received a fellowship to the National Institute of Justice, a research branch of the Department of Justice, in 1984. His career in law enforcement eventually led Commissioner Kerlikowske to becoming Seattle’s Chief of Police in 2000, a position he held until 2009. 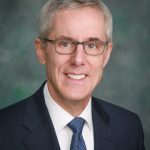 Admiral Peter Neffenger (USCG Ret.) is a distinguished senior fellow with the Global Resilience Institute, having previously served as the Administrator of the Transportation Security Administration (TSA) from July 2015 to January 20, 2017. Prior to his leadership role at the TSA, Admiral Neffenger was the 29th Vice Commandant of the U.S. Coast Guard, earning the rank of Vice Admiral. Previous positions include Coast Guard Deputy Commandant for Operations, where he directed the organization’s global strategy and policy, and Deputy National Incident Commander for the 2010 Deepwater Horizon oil spill, where he served a crisis management expert. Admiral Neffenger held numerous positions throughout the Coast Guard since receiving his commission in 1982. 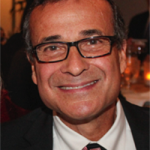 Distinguished Senior Fellow Dr. Len Polizzotto recently retired as Draper Laboratory’s Vice President responsible for new programs, leading efforts to leverage Draper’s capabilities to solve new important national needs. He was responsible for establishing Draper’s Bioengineering Center on the USF campus in Tampa, a Multichip Module Facility in St. Petersburg, establishing Draper’s energy business and leading two medical consortia. Prior to joining Draper in 2007, Dr. Polizzotto served for six years as Corporate Vice President for Business Development for SRI International, a world leader in contract R&D services where he established a center for proteomic drug development in Virginia, as well as helped develop and teach a course on innovation to company executives throughout the world.

Confronting the varied and complex resilience challenges of the 21st century requires cooperation across disciplines and borders, and overcoming them requires an environment where communication, information exchange, and the sharing of knowledge is facilitated and encouraged. Recognizing that critical infrastructures are globally interconnected and disasters transcend political borders, the effort cannot be confined within university departments, company boardrooms, or government agencies.

In addition to the research funding, GRI is building out a Global Resilience Research Network (GRRN). The GRRN is designed to provide a forum for collaboration on resilience-building efforts among thought leaders, researchers, technical experts, policymakers, and practitioners throughout the world. To inquire about joining, email GRI@northeastern.edu with “Global Resilience Research Network” in the subject line.