This article focuses on networks, institutions, and corruption in Russia in three consecutive periods from 1917 to the present. The article provides background on the country and its culture while looking at three periods individually, and discusses how corruption coevolved with networks and institutions. The change in institutions and networks that occurs during political upheavals provides fertile ground for variations in the predominant type of corruption. We posit that there is much more to be learned by studying these three phenomena as a linked set of constructs beyond analysing them individually. Additionally, our review of these phenomena co-evolving throughout the past century provides a longitudinal perspective. This article seeks to shed light on these phenomena over three consecutive periods the Soviet era, the post-Soviet period, and the current Putin era, all of which have markedly different institutional arrangements. In addition to analysing the practices of blat and sviazi, we discuss the concept of sistema which developed during the Putin years, and which provides the current foundation for corruption. 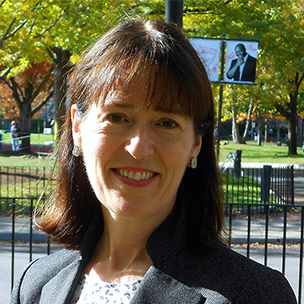 Sheila M. Puffer is University Distinguished Professor at Northeastern University, Boston, USA, where she is a professor of international business at the D’Amore-McKim School of Business. She is also a fellow at the Davis Center for Russian and Eurasian Studies at Harvard University, and has served as program director of the Gorbachev Foundation of North America. In 2015 she was a visiting research professor at the Graduate School of Business at Stanford University where she studied entrepreneurs and other technical professionals from the former Soviet Union. Her latest coauthored book, Hammer & Silicon: The Soviet Diaspora in the US Innovation Economy, was published by Cambridge University Press in June 2018. Her latest publications on resilience and sustainability include The End of Sand: Confronting One of the Greatest Environmental Challenges of the New Millennium, and Mining and Corporate Social Responsibility: Scotbar Proprietary Limited. She has developed MBA courses on sustainable practices in the workplace.