Major disasters such as extreme weather events can magnify and exacerbate pre-existing social disparities, with disadvantaged populations bearing disproportionate costs. Despite the implications for equity and emergency planning, we lack a quantitative understanding of how these social fault lines translate to different behaviors in large-scale emergency contexts. Here we investigate this problem in the context of Hurricane Harvey, using over 30 million anonymized GPS records from over 150,000 opted-in users in the Greater Houston Area to quantify patterns of disaster-inflicted relocation activities before, during, and after the shock. We show that evacuation distance is highly homogenous across individuals from different types of neighborhoods classified by race and wealth, obeying a truncated power-law distribution. Yet here the similarities end: we find that both race and wealth strongly impact evacuation patterns, with disadvantaged minority populations less likely to evacuate than wealthier white residents. Finally, there are considerable discrepancies in terms of departure and return times by race and wealth, with strong social cohesion among evacuees from advantaged neighborhoods in their destination choices. These empirical findings bring new insights into mobility and evacuations, providing policy recommendations for residents, decision-makers, and disaster managers alike. 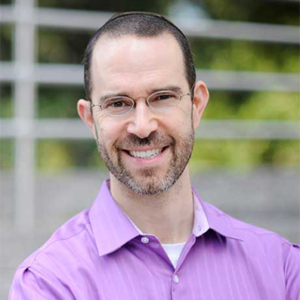 Daniel Aldrich is professor and director of the Security and Resilience Program at Northeastern University. He has published five books, more than fifty peer reviewed articles, and written op-eds for The New York Times, CNN, Asahi Shinbun, along with appearing on popular media outlets such as CNBC, MSNBC, NPR, and HuffPost. His research has been funded by the Fulbright Foundation, the Abe Foundation, and the National Science Foundation, and he has carried out more than five years of fieldwork in Japan, India, Africa, and the Gulf Coast.