Disasters reveal the vulnerability, inequality, and power embedded within the fabric of any society. Hurricane Maria exposed Puerto Rico’s inherent vulnerability to climate change as an island territory. The widespread power outages in the wake of the storm also revealed deep inequalities with respect to the distribution of resources around the territory. Moreover, the hurricane uncovered ways in which Puerto Rico’s unique positionality as a colonial territory of the United States creates barriers to a rapid recovery. In the face of disasters such as Hurricane Maria, a resilience discourse inevitably emerges as a critique of pre-disaster preparation. Resilience narratives inform both ex ante approaches to policymaking in advance of extreme events and ex post facto recovery efforts. Proponents often argue that policymakers must increase community or energy system resilience without questioning the normative nature of resilience.

The project questions whether a reliance on existing conceptions of resilience unwittingly creates blind spots that exacerbate vulnerability, harden unequal social structures, and perpetuate power imbalances. By interrogating resilience in the context of pre-Hurricane Maria Puerto Rico, this research fills important gaps in both the energy justice and climate adaptation literatures, where pre-existing vulnerability, inequality, and power are not adequately addressed. 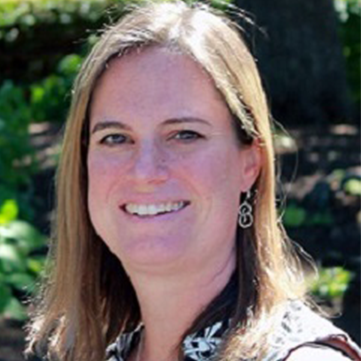 Laura Kuhl is an Assistant Professor in the School of Public Policy and Urban Affairs and the International Affairs Program. Her research examines climate adaptation and resilience in developing countries. Prior to Northeastern, she completed a post-doctoral fellowship at the Center for International Environment and Resource Policy at the Fletcher School, where she helped establish a new research partnership with the United Nation Development Program (UNDP) on climate policy in developing countries. She has studied innovation, technology transfer and adoption for adaptation as well as mainstreaming adaptation in development policy in East Africa and Central America. Current projects also address climate information and early warning systems, coastal resilience and national adaptation plans. She has conducted fieldwork in Ethiopia, Honduras, Colombia, Peru, Ecuador and New England and has collaborated with the Global Environment Facility (GEF), United States Agency for International Development (USAID) and UNDP. She has a PhD and MALD in International Affairs from the Fletcher School, Tufts University, and a BA in Environmental Studies and Anthropology from Middlebury College. 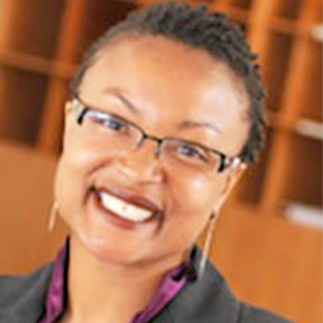 Professor Baker joined the Northeastern faculty in 2017. She works closely with colleagues in Northeastern’s Global Resilience Institute, linking it to the School of Law’s  Center for Law, Innovation and Creativity (CLIC). She teaches courses at the law school and in the College of Social Sciences and Humanities related to her research interests in environmental law and energy law.

Professor Baker served as an Air Force officer prior to her honorable discharge under the “Don’t Ask, Don’t Tell” policy, and became a vocal advocate for repeal of the policy. Following her graduation from law school, Professor Baker clerked for Justice Roderick Ireland of the Massachusetts Supreme Judicial Court. She also worked as a corporate and project finance associate for Bingham McCutchen, initially in Boston and later in Japan. Professor Baker completed a William H. Hastie Fellowship at the University of Wisconsin Law School, where she received her LLM. In 2016, she won a Fulbright award and spent a year in Mexico exploring energy reform, climate change and indigenous rights.

Before joining Northeastern’s faculty, Professor Baker spent three years as an associate professor of law at the William S. Richardson School of Law, University of Hawai’i, where she was the founding director of the Energy Justice Program. Prior to that, she served on the faculty at University of San Francisco School of Law.