The United States was one of four countries which declined to endorse a key global warming study from the Intergovernmental Panel on Climate Change (IPCC) at the UN Climate Change conference (COP24) over the weekend, joining Russia, Saudi Arabia and Kuwait. 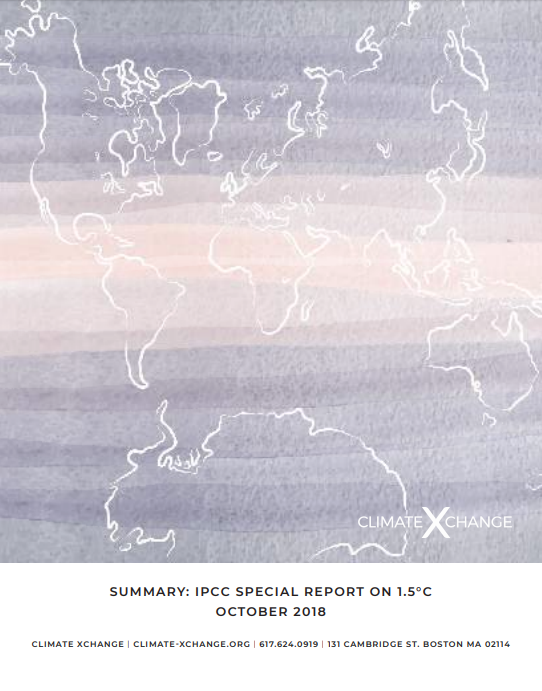 “The United States was willing to note the report and express appreciation to the scientists who developed it, but not to welcome it, as that would denote endorsement of the report,” the U.S. State Department said in a statement. “As we have made clear in the IPCC and other bodies, the United States has not endorsed the findings of the report.”

The IPCC report, published in October, called for limiting global warming to 1.5°C compared to the previous “tipping point” guidance of 2°C. It stressed a need for “rapid and far-reaching transitions in energy, land, urban and infrastructure, and industrial systems” to help lessen or slow a number of serious climate change impacts including global sea level rise and coral reef decline.

The report was prepared by 91 authors and review editors from 40 countries, in response to an invitation from the UN Framework Convention on Climate Change when it adopted the Paris Agreement in 2015. In it, the authors warn; “some impacts may be long-lasting or irreversible, such as the loss of some ecosystems.”

A summary of the report, authored by Sofia Cardamone (Global Resilience Institute Co-op Research Assistant), Amina Ly, Maria Virginia Olano, Jessica Torossian and Lizzy Warner (Global Resilience Institute Doctoral Research Assistant), explores and presents the main findings. It provides “an alternative perspective to the IPCC Special Report on 1.5°C. The aim is to provide a digestible report that uses language and content more familiar to the general public. In addition, this report provides a more critical lense on some of the assumptions and inputs used by the IPCC. Supporting information and additional resources can be found at the IPCC website. This document has been summarized in the same format as the original report, with section numbers corresponding to chapter numbers.”