In this session, Thomas Popik will be discussing Ukraine’s modern, interconnected, and synchronized electric grid and how it has operated during the Russian invasion. Despite its wide diversity of energy sources—including nuclear, coal, natural gas, hydroelectric, and renewables—like all relay-protected grids, the Ukrainian grid is susceptible to cascading collapse after loss of generation, transmission, or load. As an expert on grid resilience, Mr. Popik will share his perspective on what has allowed the Ukrainian grid to continue operating during the war and what may happen as stress on Ukraine’s energy sector persists.

The presentation will be followed by a Q&A session. 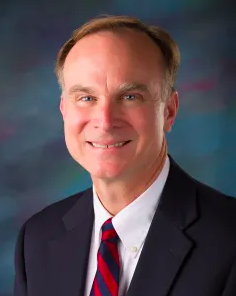 Thomas (Tom) Popik is Chairman & President of Foundation for Resilient Societies, a New Hampshire think tank that advocates for the protection of critical infrastructures from infrequently occurring natural and man-made disasters and boosting critical infrastructure resilience and recoverability. In his role at Resilient Societies, Mr. Popik specializes in the regulation of electric grids for reliability under both cost-of-service and market-based remuneration schemes. He has testified on electric grid reliability before the Federal Energy Regulatory Commission, the Canadian Parliament, and the legislatures of multiple U.S. states. He has been quoted in the Wall Street Journal, Politico, The Economist, Reuters, and USA Today. Mr. Popik holds an MBA from Harvard and a BS in Mechanical Engineering from MIT, class of 1982. In his early career, Mr. Popik served as an officer in the US Air Force, with a final rank of Captain. Mr. Popik is a co-founder of the Academy for Science and Design, New Hampshire’s charter high school for science and math education.

Founded by the Global Resilience Institute in collaboration with Germany’s Fraunhofer EMI, GRRN is a global membership network of researchers and practitioners collaborating to apply interdisciplinary knowledge to support resilience across multiple sectors. GRRN is comprised of  leading universities, institutes, non-profit organizations, and companies from around the world engaged in resilience research that informs the development of novel tools and applications.